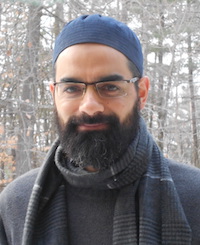 Imam Sharif is the College’s Muslim Chaplain, and the Assistant Director for Community Engagement with its Center for Learning in Action (CLiA). As a chaplain, Sharif is committed to offering emotional and pastoral care to all students on campus. Through CLiA, Sharif works to enhance Williams students’ opportunities to serve local residents, coordinating programs that focus on support of the incarcerated population, and the elderly.

Sharif came to Williams in 2015 after serving as the Muslim & Multi-Faith Advisor at Dartmouth College. Prior to that Sharif studied Islam in Amman, Jordan for five years, specializing in spirituality, Arabic, law, theology, and Quran. He is currently a graduate student at Hartford Seminary, and is a Chaplain Intern at Dartmouth Hitchcock Medical Center in Lebanon, New Hampshire. Sharif is an Executive Board Member of the Association of Muslim Chaplains. 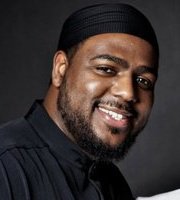 Imam Bilal Ansari serves as one of the Assistant Directors of The Davis Center at Williams College. Bilal had previously served as Williams’ Muslim chaplain and Assistant Director in the Center for Learning in Action between 2011 and 2014. Between his current and previous positions at Williams, Bilal also served as Dean of Student Services and Director of Student Life at Zaytuna College, Berkeley California, supporting the fledgling college’s efforts to gain WASC accreditation, which was achieved in 2015, making Zaytuna the first accredited Muslim liberal arts college in the United States. While at Zaytuna, Bilal began doctoral studies at the Pacific School of Religion, Berkeley. His thesis, an auto-ethnographic critical analysis of the literature on his pastoral and social justice work as a community faith leader in prisons, hospitals, and on college campuses, was completed in 2019.